“The question of how to find our purpose in life and make a living of what we love is indeed a perennial one … stretching at least as far back as Plato, who believed it was the role of education to uncover each person’s talent, train its mastery, and apply it toward the flourishing of society” (Popova, M).

The beginning of a new year is often a time for self-reflection – a time when we traditionally examine our lives and look to make changes for the better. I’ve never had much success with New Year’s Resolutions, and can easily believe the statistic that just 8% of us are successful in keeping resolutions made at the depth of winter when we need all the comforts we can get.

However, the beginning of a new year is also a symbolic time, when we look back on the previous year’s activity. Reading an article on the book review website, Brainpickings, I was struck by how my interest in peatland conservation has become a vocation, as defined by John Dewey below, integrating various aspects of my knowledge and interests.

The article reviews John Dewey’s 1916 book on the philosophy of education, which considers the question of how we find purpose in life and work that we find fulfilling. The author cites Dewey’s definition of calling or vocation as “a continuous activity having a purpose” and comments on Dewey’s assertion that “such activity applies our natural gifts in a way that both fills us with a sense of aliveness and enriches the lives of our fellow human beings […] Rather than narrowing our focus, a true calling widens our lens and becomes a pattern-recognition device by which we organize and connect ideas from diverse fields — the very mechanism of creativity (Popova, M)”.

My interest in peatland conservation gives meaning to my life and I hope, enriches the lives of those I meet and guide around Girley bog. It provides me with an axis on which to organise ideas and knowledge, a lens through which I make my experiences meaningful. Echoing the above quotation, this seemingly specialised interest expands connections with other disciplines, such as botany, ecology, hydrology, environmental education, foraging, art, poetry, and more recently while completing my thesis, historical geography and maps. 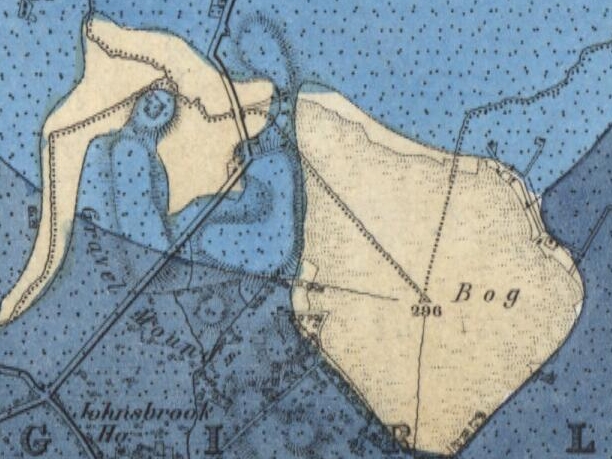 Dewey notes that through a vocation “the lawyer, the physician, the parent, the citizen interested in his own locality, has a constant working stimulus to note and relate whatever has to do with his concern”. Spending the recent Christmas holidays in New York, I wondered how I could integrate my interest in peatlands with a city seemingly so far removed from nature and wild places. My first inkling that New York might be a stimulus to relate to my interest in wetlands was discovering that the area around JFK airport is one of the largest urban bird sanctuaries in the eastern United States, a 9,000 acre stretch of small islands, salt marshes, fields and forest, known as the Kennedy Wetlands area. 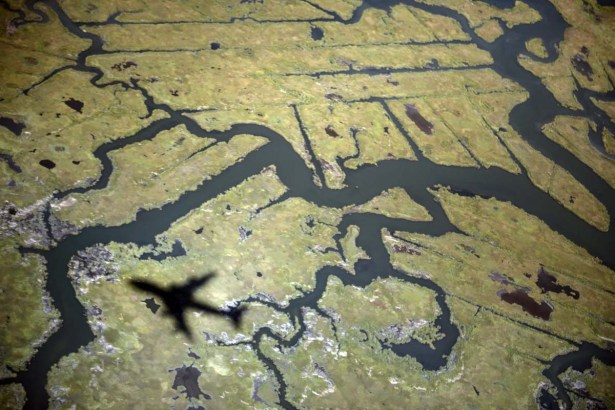 A few google searches later, and I came across Eric Sanderson’s incredible Ted Talk on the  Mannahatta Project , where he shares how he made a 3D map of Mannahatta’s pre-city ecology of hills, rivers, wildlife, when Times Square was a wetland and the Strawberry Fields of Central Park were blueberry bog thicket. The island of Manhattan takes its name from Mannahatta, a 17th century Native American word meaning “Island of many hills”.

The table below shows a selection of places I visited in New York on this trip and their corresponding habitat type in 1609. They include our apartment in Harlem; MOMA and the Whitney Museum; Greenwich Village; Little Italy; and although we did not visit this particular neighbourhood, the disreputable ‘Lexington 125’ from the Velvet Underground song “Waiting for my Man”!.

The above information was gleaned from the Welikia website, which uses modern mapping techniques and historical research to allow users to see, block by block, the sort of ecological communities, geology, and wildlife that was present on the island of Manhattan in 1609, as well as giving information on the Lenape people who lived there at that time.

Sanderson sees the project as a means to design the city of the future and “far more than a mournful look back at what has been irrevocably paved over, the Mannahatta Project is designed to inspire ecological sustainability for New York and for other cities”. The city of New York is one of the most culturally diverse on the planet, but this diversity has come about at the expense of biologial diversity, with fewer and fewer places for people to connect with nature. This project offers a vision of a future city that might incorporate more green spaces for wildlife and for people, building on what is already present in places like Central Park and the High Line Park. 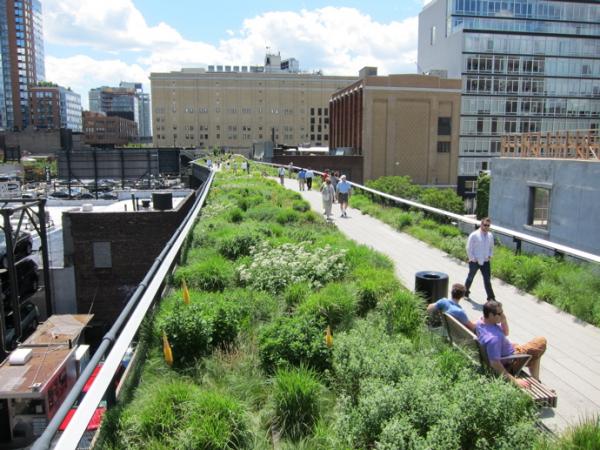 The High Line’s planting scheme is inspired by the self-seeded landscape that grew on the rail tracks after the trains stopped running.                  Image copyright Biotope City Journal

It would be interesting to carry out similar projects on Ireland’s bogs, to uncover their history and use this information to envision their future. As part of my thesis, I looked at the history of Girley Bog, examining historical maps and interviewing local people (more of which in my next blog post). This research uncovered both natural and cultural histories that are no longer visible on the landscape today, such as the presence of Red Grouse and other birds which are now absent from Girley Bog.

Historic research generates a history of land use and uncovers historical factors that impacted on peatlands, showing how humans have interacted with these landscapes ever since they first appeared in Ireland. Making connections between history, culture, and ecology, helps contribute to our knowledge of the context needed for future peatland management decisions, and helps us to imagine futures that incorporate some of the diversity, both biological and cultural, of past times.

Extract from Thompson’s Statistical Survey of the County of Meath on the management of bogs, which at this time, meant reclaiming them for land and fuel. Image copyright Ask About Ireland.

Education, as Plato asserted, is key to the flourishing of our society, and the flourishing of our bogs can contribute to this aim when we recognise their value for both humans and wildlife. We must appreciate that the value of peatlands as carbon stores and places of beauty and biodiversity, far exceeds any economic value we can obtain from them as a natural resource. Like the Manhattana project, researching the natural and cultural history of Ireland’s bogs can help us to appreciate these values and envisage a more sustainable future for these landscapes.

Dewey, D. Democracy and Education: An Introduction to the Philosopy of Education

Popova, M. John Dewey on How to Find Your Calling, the Key to a Fulfilling Vocation, and Why Diverse Interests Are Essential for Excellence in Any Field

One thought on “New York Calling”