Local groups that cherish our wetlands get a presidential welcome for their projects.

The bog boy of Girley

Girley Bog, in Co Meath, has many protectors. But nobody brings it to life more vividly than 12-year-old nature enthusiast Tim Sullivan.

No one can step twice into the same river, Heraclitus said. He might have added that each individual walks in a different landscape from their neighbour. We all carry a set of unique perspectives with us, which influence what we see on any patch of land, and how we interpret it. Girley bog, in Co Meath, has been interpreted more richly, and by more people, than most of our threatened peatlands…. More 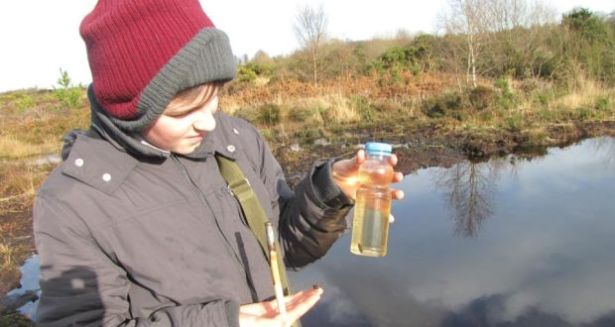 The colour of our Boglands

Our unique boglands are stunning landscapes with fascinating biodiversty. The high acidity level of the bog soil means heathers flourish in many bogs and they are home to many rare plants such as native orchid varieties … More

A group of French food bloggers arrived in Ireland today on 9th October 2015 to feast upon Irish cuisine as they embark on a tailor-made food-focussed trip around Dublin and the Boyne Valley region in Ireland’s Ancient East. The group of bloggers have a combined audience of 360,000 visitors per month to their blogs as well more than 130,000 followers on social media. They will be met in the Boyne Valley by Fáilte Ireland Food Champion and local hotelier Olivia Duff, Headford Arms Hotel, where they will experience tourism and local gastronomy at its best. Highlights of their trip will include ‘Girley Bog Forage’ with Kate Flood of Meath Eco Tours… More

On one of the few sunny days we have enjoyed this Summer, I found myself at the start of Girley Bog looped walk. Girley Bog is on my doorstep and in a clear example of what is beside you I have to admit I’ve never been on the walk before. We met Kate from Meath Eco Tours at the car park and in true Irish fashion we had to figure out the seed, breed and generation of our respective families. It was a clever ice breaker in the wonderful morning sunshine…More. 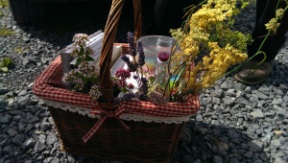 Foraging for Lunch on Girley Bog 2014

Foraging is something I don’t know a lot about. Yes I can identify blackberries, elderflowers and wild garlic but that is about it. I’m lucky enough to have the first two in my garden so I’m not even sure you can call that foraging!! So when Kate from Meath Eco Tours invited me along to Girley Bog for a morning of foraging as part of Boyne Valley Food Series I jumped at the chance to learn more … More
22 August 2014, The Purple Page, Kat Laing

Walk of the Week: Girley Bog

Well, I’ ll be delighted to walk over Girley Bog with you,” was Oliver Usher’s decision. “I’ve loved that bog all my life, and I just don’t seem to tire of being there. That might have been a wee bit of an understatement. Observing the Kells antique dealer as he walked the squelching tracks of Girley Bog, not only naming this flower and that yonder bird and the one beyond that, but taking the time to admire them and puzzle over their ways and means of thriving in the ‘wet desert’ of the Co Meath bogland, Jane and I were privileged to see a true enthusiast at the fountainhead of his inspiration …More